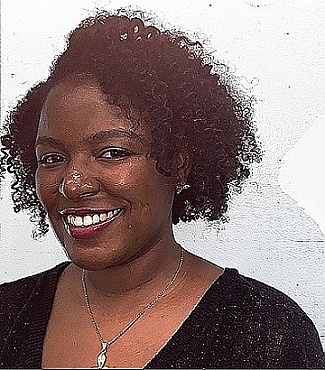 Joytrese George is the Chief Operating Officer of Victoria House Foundation. Joytrese is a Liberian-American, born and raised in Minneapolis, Minnesota.  She migrated to Washington DC for college and now calls the area home.  Joytrese is a Clinical Trials Specialist at the National Cancer Institute; National Institutes of Health.  In the past years, Joytrese has dedicated her time to making a difference in the community.  Before she was hired as a Site Coordinator for College Bound, she volunteered to work with students in the program.  College Bound is a mentoring organization that provides academic resources and mentor guidance to underprivileged DC youth.

Joytrese attended Howard University and received a Bachelor’s of Science in Biology in 2008.  During her collegiate career she was able to reinstate and rebuild the Howard University Minnesota Club, where she was unanimously elected  President.  She also held a position, from 2007-2008, as the Executive Treasurer on the board of the Howard Chapter National Council of Negro Women (NCNW).  During the time that she served as treasurer, NCNW was voted as the Howard University Organization of the Year.  She also was a member of Circle K International, a service oriented college club.

As a teenager, she was able to develop the foundation of her strong background in public speaking.  She was a weekly participant on the neighborhood radio talk show, “Let’s Motivate”.  The talk show raised issues that involved the African-American community.  Joytrese was a Wallin Scholarship recipient, and was requested to be the keynote speaker at the end of the year celebration in the spring of 2007.

Joytrese is passionate about education and the welfare of children, worldwide.  Joytrese aspires to be a physician, entrepreneur, and philanthropist.  Joytrese is natural born leader and advocates for causes that she believes in.  When not working, she loves to travel, watch sports, cook, shop, and simply enjoy spending time with her many loved ones.  She states that: “One must know how to serve, in order to be served; a small bit of humility goes a long way.  Give, and expect nothing in return.  Follow these rules, and your success will have no limits!”